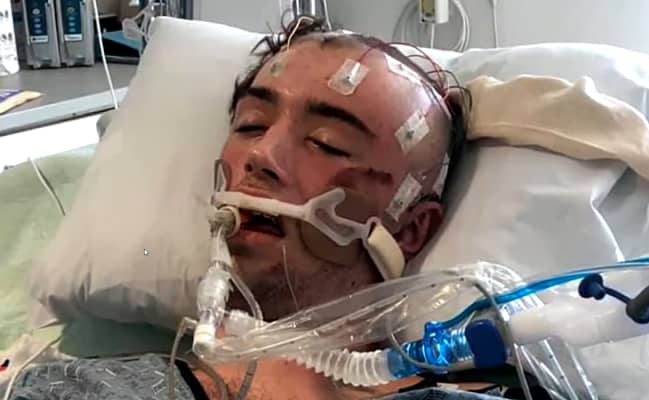 Skateboard Injury Statistics According To the Ortho Society

Skateboarding is one of the most popular activities among teenagers and children. However, skateboarding poses a significant risk in case of an accident or a fall. According to the North American orthopedic society, more than 70,000 emergency cases are from skateboarding teenagers.

Most injuries are bruises, scratches, broken arm and limb bones, head injuries, and broken jaws. Severe head injuries result from skateboarding without the proper protective gear, such as a helmet.

This article will dive into more information and data on skateboard injury statistics. I shall also hint at the measures to put in place to prevent some of these injuries.

What Is The Skateboard Injury?

Skateboarding is an exciting sporting activity but risky if you do not practice safety measures. Falling from the moving board has a more significant impact than falling while on stationary ground.

The most common skateboard injury involves arms, head, and limb injuries. Arm injuries occur at the elbow, wrist, or the arm’s long bone. Arms sustain bruises and scrapes, while the arm may twist at the elbow and wrists on more significant impact.

For the limb, most skaters twist the ankle and bruise the knees. In fatal incidences, the long bone is broken on a more significant impact.

I recommend the use of protective gear while skating: wear a helmet and wrap the highly exposed body parts with cushioning garments.

What Are Typical Skateboarding Injuries?

Long bone fractures and arm twisting are common among teenagers as they try new skateboarding tricks. The teen group tends to take on risky trials such as skateboarding on stairs and rails, which are fatal in case of accidents.

Other typical skateboard injuries involve massive bone fractures such as skull and rib fractures. These cases occur due to multiple accidents involving skateboarders and motorists on the road. Most of these skaters are teenagers who risk skating on busy streets.

What Are The Most Common Skateboarding Injuries?

Common skateboard injuries originate from minor falls, which cause bruises and scratches. These mainly occur during training when the trainee is still learning to maintain balance. If you happen to fall from a high point to rough ground with objects, you will sustain severe common injuries, as listed below.

Broken arm and limb bones. Here the arm is at a higher risk of injury as skaters try to find their balance with their hands as they fall.

Bruises, scrapes, and deep cuts in the face. Bruises occur due to the rapid contact between the skin and the rough ground. Deep scratches are a result of falling on sharp objects.

Twisted ankles, wrists, and elbows are common injuries due to sudden moves by the skateboards leading to muscle extension.

What Are Skateboarding Sports Statistics?

Like every other sport, statistics are a key part of its history and progress. For skateboarding, listed below are some of the facts and statistics.

What are Skateboarding Brain Injury Statistics?

Some head injuries are minor and only cause bruises to the outer skull. Other injuries cause injuries to the brain, which are much more fatal. Some of these injuries include:

According to the Active, Safe, and Central Society, these severe brain injuries account for 5%-12% of emergency hospitalizations in skateboarders of 15 years and below.

How Many Skateboard Injuries Per Year?

Skateboarding may not be a deadly sport but a dangerous activity. According to the recent annual statistics by the American academy of orthopedic surgeons, more than 50000 skateboarders are hospitalized with several injuries.

According to these skateboard injury statistics, I would suggest the enforcement of a law to ensure that all skateboarders have to wear protective gear. This will reduce the number of fatalities.

What Are The Latest Skateboard Injury Statistics?

The latest skateboard injury statistics are not far from the previous statistics. However, the number of injuries has been reduced as awareness of wearing protective gear is expanded.

To the latest statistics, 74% of the injuries involve bruises and fractures, and head injuries account for 20%, while the remaining 3-5% account for severe head and brain injuries.

There is still a chance to reduce the incidences to below 20% if we skate in the right places with the right skating gear.

Skateboarding Injuries Compared To Other Sports

Skateboarding is a risky sporting activity. However, compared to other sports, it may seem safer, while it is less secure in some other cases.

Depending on the comparison sport, skateboarding may cause more or fewer injuries. For example, horse racing is more dangerous than skateboarding.

According to the US National Library of Medicine and National Institutes of Health, more than 150 horse riders die yearly from horse riding. In such cases, it is safer to skateboard than to ride a horse.

How Many Deaths Are Caused By Skateboarding?

Every sporting activity aims at providing safety to its athletes. However, some accidents happen and claim the lives of many sporting athletes. Skateboarding isn’t an exception; according to the latest statistics by the national skateboard board, at least 40 deaths per year occur.

The number is relatively low compared to other sports. I suggest skateboarders exercise protective measures to ensure zero deaths while sporting.

Out of the 40 deaths from skateboarding per year, most occur on the roads due to collisions with motorists. Other secondary deaths range between 60-80 deaths per year as a result of skating activities.

Most of these secondary deaths occur due to accidents as drivers try to evade hitting a skateboarder on the road. The motorists end up causing several accidents on the road.

I would urge skateboarders to wear reflective jackets while on the roads and observe the traffic rules.

Skateboarding is one of the riskiest sporting activities in the sporting arena. The sport can cause minor and severe injuries if practiced without proper training. At times death may occur in instances of collision with other motorists.

The latest statistics show that 40 deaths occur yearly, with at least 50,000 survivors with minor and severe injuries. The statistics have shown a decline in the number of victims.

However, we can reduce the cases by practicing protective measures and having the proper training before taking on risky skateboarding tricks.